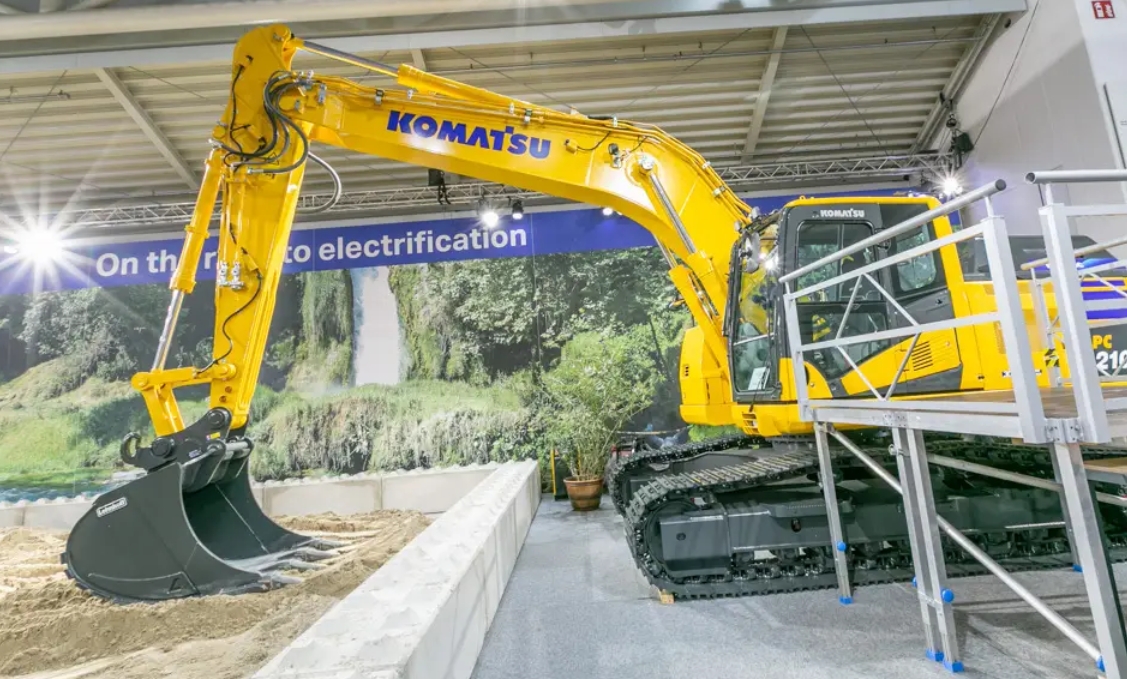 Komatsu has years of experience with hybrid excavators. Now they are also following the electric excavator trend: With the PC210E, the Japanese will electrify their first 20-ton excavator in 2023.

The excavator, which has so far been known as the PC210E, is in the 20-ton class, like its diesel-powered PC210 namesake, but weighs around 24 tons. The additional weight of one to two tons compared to the model with a diesel engine is, of course, due to the lithium-ion batteries, which deliver a whopping 451 kWh of energy. For comparison: A Tesla Model S has a good 100 kWh. With fully charged batteries, the new Komatsu excavator can work for up to eight hours, depending on the workload. The battery cells from Proterra are not a new development, but are already being used in heavy-duty and commercial vehicles from various manufacturers; However, Proterra took care of their integration into the Komatsu excavator. The hydraulic pump, control unit and electric motor come from Komatsu itself. Komatsu also manufactures the stable frame for accommodating the battery cells in the superstructure.

Fewer emissions thanks to the electric motor

The electric drive of the PC210E should enable comfortable working in different applications without having to worry about noise and exhaust emissions. Work in inner-city areas and at night is particularly suitable. Also not to be underestimated for long-lasting work on construction sites: because the drive, in contrast to the diesel engine, does not cause any significant vibrations, the drivers should tire less. Buckets from 0.8 – 1.2 cubic meters are available for the excavator.

Komatsu and Proterra have been jointly developing the electric excavator since January 2021 and conducting PoC (Proof-of-concept – feasibility study) tests at their customers’ construction sites. The excavator is scheduled to hit the European market sometime in 2023. In addition to this excavator, which is very large by current standards, Komatsu has developed another electric model at the lower end of its model range: the PC01E-1 micro-excavator was developed in cooperation with Honda and entered the rental business in Japan at the beginning of 2022. Komatsu is initially bringing the PC01E-1 onto the market as a rental model in the hope that as many users as possible will learn about its advantages and that the excavator will quickly become better known.

Komatsu jumped on the electric trend in the construction machinery industry quite late. After all, more and more new electric construction machines are coming onto the market, and some manufacturers already have an impressive range of electric machines. For its first larger electric excavator, however, Komatsu has now – presumably to shorten the development time – got help from the battery specialist Proterra. For years, Komatsu had previously focused its development efforts in the field of alternative powertrains on hybrid technology. The Japanese have decades of experience with hybrid drives and are now building the fourth generation of their hybrid excavators. In 2011, the HB215-LC was the first model on the German market, which combined a diesel engine and an electric slewing mechanism. Other, mainly Asian manufacturers followed this trend and also brought hybrid powered models onto the market: Hitachi in 2017 the hybrid excavator ZH210-6, Kobelco in the same year the SK210. However, none of these construction machines ever got beyond the status of a niche product. Although the achievable fuel savings are considerable at up to 40 percent in individual cases, they are still too small on many construction sites to justify the significantly higher acquisition costs compared to diesel-powered excavators. In the meantime, all construction machine manufacturers seem to be focusing their development activities on the electric drive. 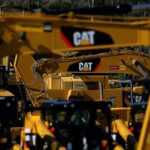 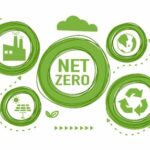 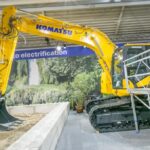 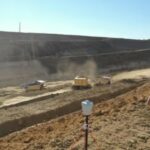 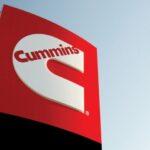 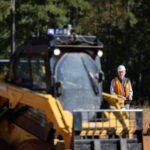